Catalytic converters play an essential role in keeping our air clean and filtering the exhaust that comes from your engine. Unfortunately, catalytic converters are also huge targets for car pirates hoping to make some extra cash.

Since the beginning of the COVID-19 pandemic, catalytic converter theft has skyrocketed by 325%.

But what makes catalytic converters so valuable? And how can you keep yours safe?

In this blog post Superior Auto Service will be answering both of those questions. But first, some history.

History of the catalytic converter

The first catalytic converter was created in 1952 by a French inventor.

Before 1970, all of the toxic gasses and bad byproducts of the combustion that takes place inside of car engines wasn’t regulated. These harmful pollutants like CO2 and carbon monoxide are devastating for both the local environment and the o-zone. That’s why in 1970, the EPA declared that all cars had to cut down carbon emission by 90% by 1975.

This impossible-seeming task was made possible thanks to the catalytic converters.

These amazing engine components use rare metals like rhodium and platinum to clean up the carbon emissions created by combustion by binding to the CO2 molecules to create more eco-friendly emissions.

What are Catalytic Converters Worth?

So why are people snatching catalytic converters left and right?

It turns out, those rare metals found in catalytic converters were extremely valuable. When the pandemic hit, these already coveted metals became even more hard to find (and therefore, more valuable).

In 2020 rhodium price per ounce skyrocketed to $11,205! Platinum and palladium were also valued at at least a grand per ounce.

Even older catalytic converters with trace amounts of these rare metals could be worth thousands of dollars to car part thieves, which is why people go after CATs.

Some makes and models are more susceptible to catalytic converter theft due to either the size of the cat converter or how much (or little) it gets used. For example, hybrids like the Toyota Prius are huge targets for car pirates because their CATs experience a lot less use since Prius’ can function almost entirely off of electricity (without combustion). This translates to more unused and pure metal in the CAT, which means more money.

How to tell if your catalytic converter has been stolen

Your catalytic converter is part of your exhaust system and is attached to your muffler which helps dampen the sound of your engine. If your CAT gets stolen, your system now has a big hole in it. As a result, cars that have had their CATs stolen will be noticeably louder (oftentimes obnoxiously so).

If you get into your car one day and notice your car is much louder than usual you may want to check to see if your CAT is still connected.

How to keep your cat converter safe

So how do you keep your catalytic converter from being stolen?

Some people suggest having your VIN engraved on your CAT, so if a junkyard gets sold a cat converter they can tell it’s been stolen.

One problem with this is that there is currently no standard system of identification for CATs, so junkyards may not know to look for a VIN. Another issue with this method is that thieves can easily file off an engraved VIN.

The biggest problem with this is that engraving your VIN on a CAT doesn’t actually stop the bad guys from stealing your CAT to begin with. It just makes it easier to catch them after the fact.

The best method for protecting a cat converter is to install a CAT shield. This is usually a piece of rebar or a sheet of metal that is fused to your car’s undercarriage around your CAT.

CAT theft relies on speed. While a thief with a saw can technically remove a CAT shield, if you have a shield in place they’re more likely to move on to an easier target than take the additional time to remove the shield first.

Great customer service. Friendly and honest. Car is running great. Will be back in a heart beat. 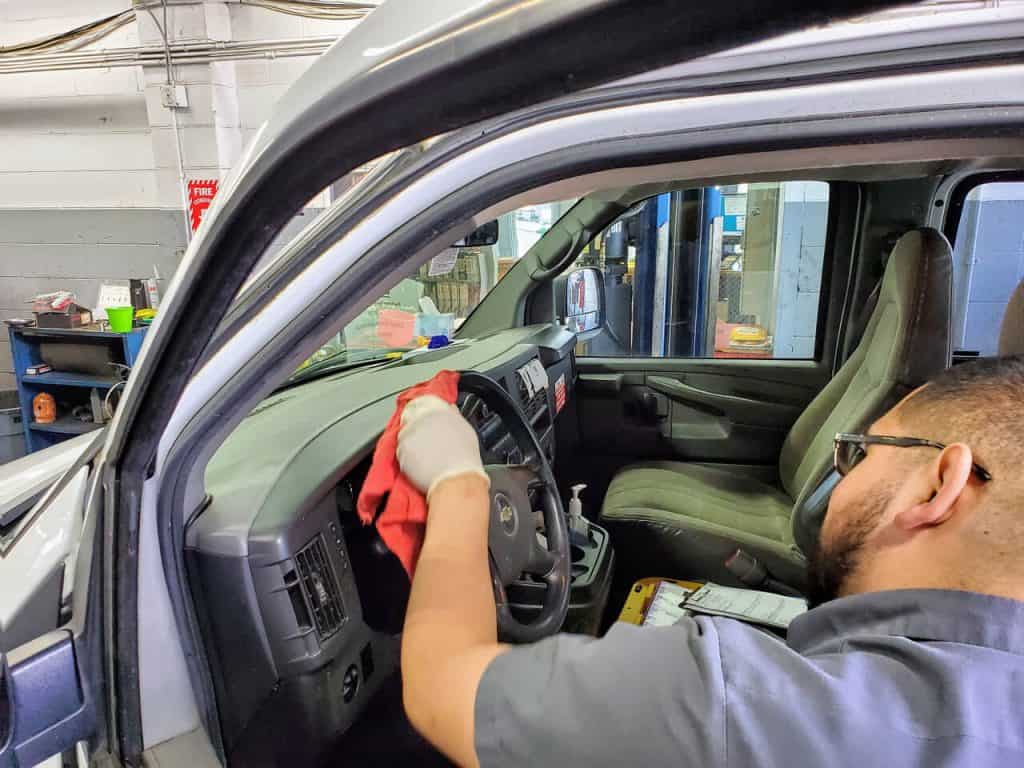